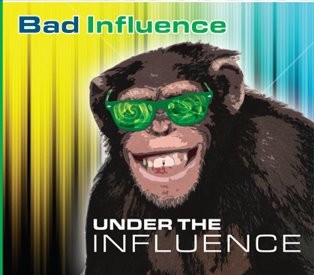 Staying at the apex of the mid-Atlantic region's competitive blues and roots music scene for a career that spans three decades isn't easy. But that's what the Bad Influence Band has done.. even while extending their reputation across the country thanks to wildly entertaining, high-energy performances, extensive airplay and three well-received albums.

"The most important thing is that everybody has fun, the audience and us," explains bandleader Tash. "Whether we're playing an original song or a classic, we're going to put our hearts and souls into it in a way that people can hear, see and practically touch."

Last year, 2018, marked 30 years since Bad Influence® was formed. The original band made up of Michael Tash, Rick Haveland, Tom Swanton, and Fred Hillyard started out playing the blues in November of 1988. The lineup changed over the first couple of years ending up in 1993 with the current line up of Bob Mallardi, Roger Edsall, Michael Tash and David Thaler. We're very excited to be playing together, with the same line up, for 25 years!