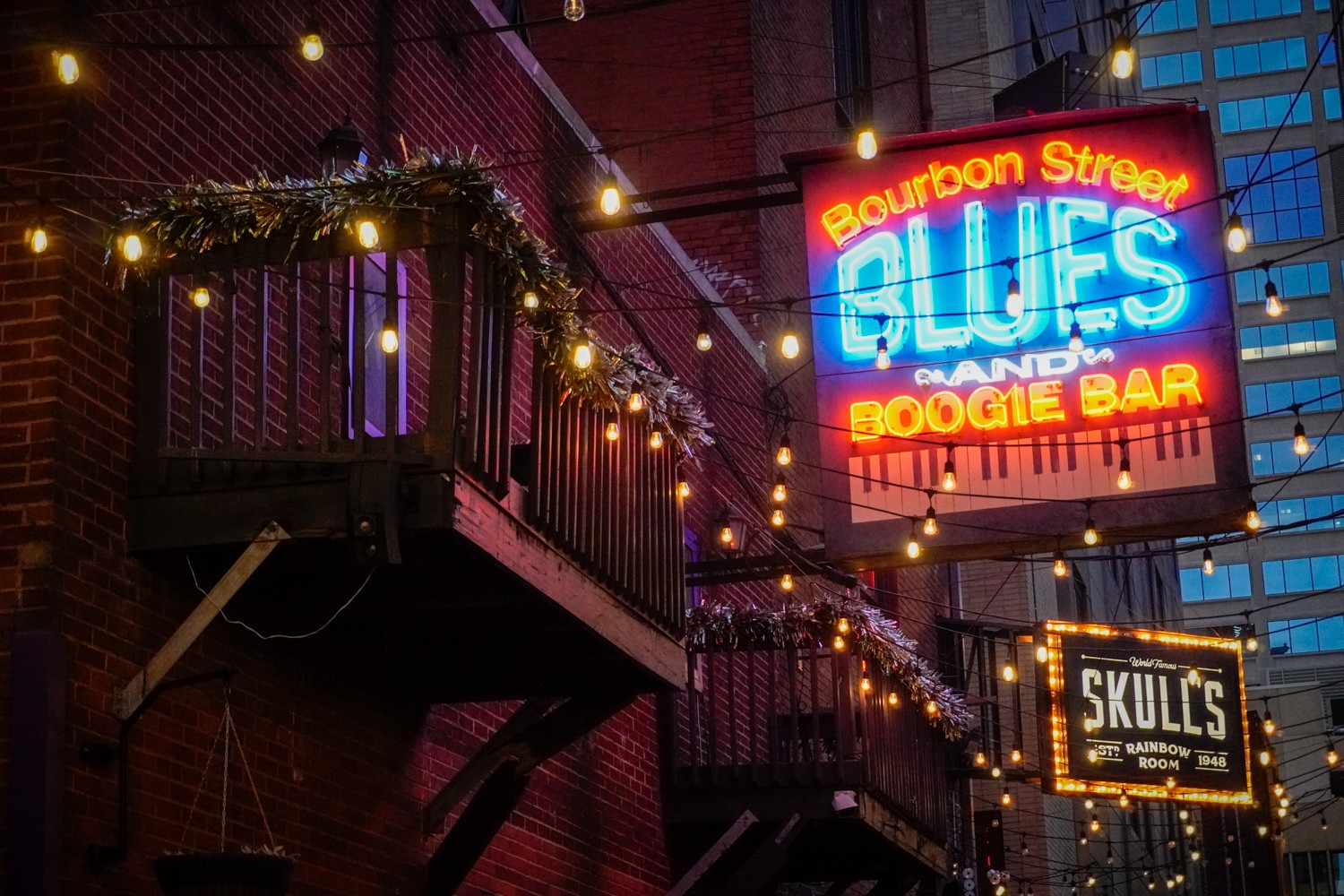 Music has always been our forte at Bourbon Street Blues & Boogie Bar. Since our establishment’s inception in 1995, numerous household names have taken the stage to rock the house, including B.B. King and James Brown (rumor has it that Sir Waldo Weathers brought Brown up on stage during his own set to play a number). Read on to learn a little bit about the other famous acts who have played our hallowed venue.

Born in Jackson, Mississippi in 1970, Eddie Cotton’s unique blend of blues, gospel, and soul has always held audiences rapt. Raised by a minister in nearby Clinton, Cotton’s music has consistently harnessed the power of worship and religion, and in 2015 he received top honors at the International Blues Challenge in Memphis, Tennessee for his inspiring performance. Cotton has always made it a priority to play intimate gigs for aficionados of blues music in particular, and he also serves as minister of music for his home church in Clinton.

Acknowledged by some to be the greatest female blues singer of all time, Koko Taylor is still very much underappreciated amongst connoisseurs of rhythm and blues music in America. Originally from Memphis, Taylor relocated to Chicago in the ‘50s and eventually signed on with the legendary Chess Records, launching what would quickly become a storied career in which she garnered Grammy nominations and a windfall of W.C. Handy Awards. Plagued by health concerns later in life, Koko Taylor still managed to pursue and craft her talents for blues music, recording another album in the year 2000 (“Royal Blue”), nearly half a century after she began her career.

Always the entertainer, Rufus Thomas’s strange mixture of rhythm-and-blues and vaudevillian hijinks made him a favorite of many for decades. In his youth, Thomas toured the South as a comedian in the Rabbit Foot Minstrels, and later cut his teeth as a disc jockey for WDIA in Memphis. The breakout success of his first singles jump-started the now historic Sun and Stax labels, and solidified his place in the annals of American roots music. He later received the Pioneer Award from the Rhythm and Blues Foundation, and a lifetime achievement award from ASCAP.

Anson Funderburgh and the Rockets

Since the late ‘70s Anson Funderburgh and the Rockets have been pioneering a style of music that blends the best elements of Chicago and Texas blues together to form a unique hybrid. Funderburgh has recorded over a dozen albums throughout the years with his band, and has been nominated a whopping ten times for a Blues Music Award. Animator and show creator Mike Judge was a bassist with the group for a couple years, and it’s rumored that the character of Boomhauer from King of the Hill was partially modeled off him. His band regularly tours both in the states and abroad, often performing gigs in or around his hometown of Plano, Texas.

Add These Four Amazing Artists to Your Calendar!
4 Ways to Make Your Nashlorette Party Boogie